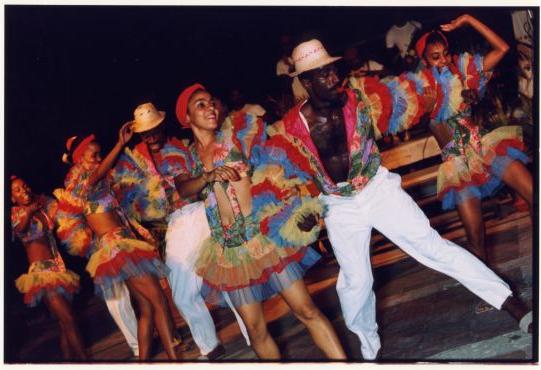 In the summer of 1999, the Cuban folkloric group, Ban Rra Rra, toured several cities in the U.S., giving workshops on some of their music.  One of the pieces they taught was called "Conga Oriental".  Since the group is based in Guantanamo, the Eastern most province of Cuba, their version of the Carnaval rhythm known as Conga bears some resemblance to that of neighboring province, Santiago de Cuba. The secular version of Carnaval, which starts in July and is centered around the city of Santiago de Cuba, celebrates the end of the midsummer harvest.  Havana's Carnaval, usually held in February, follows the Roman Catholic tradition of celebrating the last days leading up to Lent.

Cuba's secular version is connected to earlier days of the Spanish empire in Cuba (colonial plantation owners had traditionally given their slaves a week off after the work of harvest, which eventually evolved into the secular Carnaval).  Since most of these slaves were Yorubans, the celebration included many West African customs, including songs and dances in praise of the Orishas.  The dancing parade members (known as comparsas) carry on this lively tradition today. 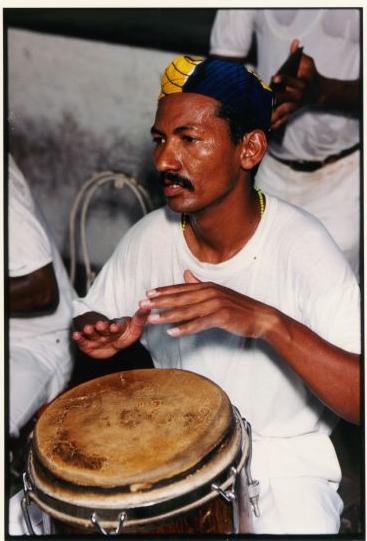 Ban Rra Rra members also had keen interest in their connections to Haitians and had researched many songs and rhythms brought to Cuba (the Guantanamo region) by Haitian immigrants some generations ago, giving them a unique repetoire of Afro-Cuban material to perform.

This rhythm needs to be played hot and spicy, keeping in mind the emphasis on the "and" of 4 in the second bar of the repeating groove. Also keep in mind that this rhythm is in clave (3/2 rumba clave). If you want to play a group break rhythm, use the clave pattern (which is already being played by the bell). 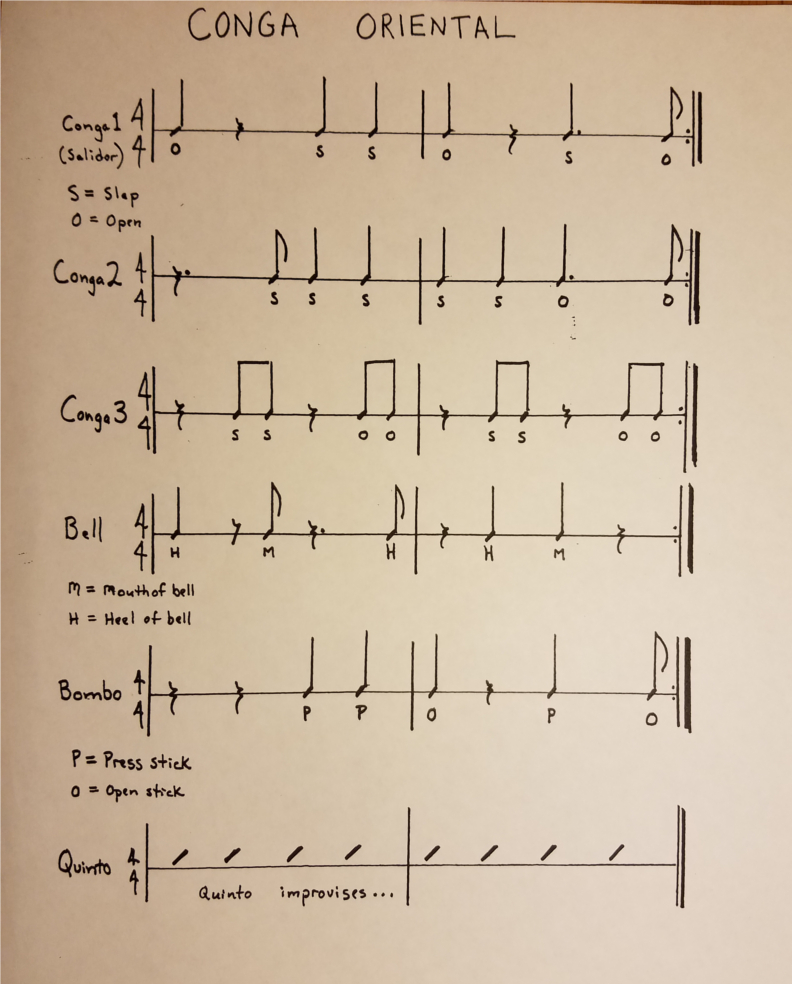 For a pdf transcription of the Conga Oriental rhythm, click here.