In 1975, a new form of musical group emerged in Bahia, Brazil (Brasil) known as the Blocos Afro.  These large percussion groups have become a major part of Carnaval in Salvador, Bahia, carrying forth Afro-based styles of music and serving as community and cultural institutions (like the Escolas de Samba in Rio de Janeiro), but with the mission of educating young Bahians about their African ancestry. 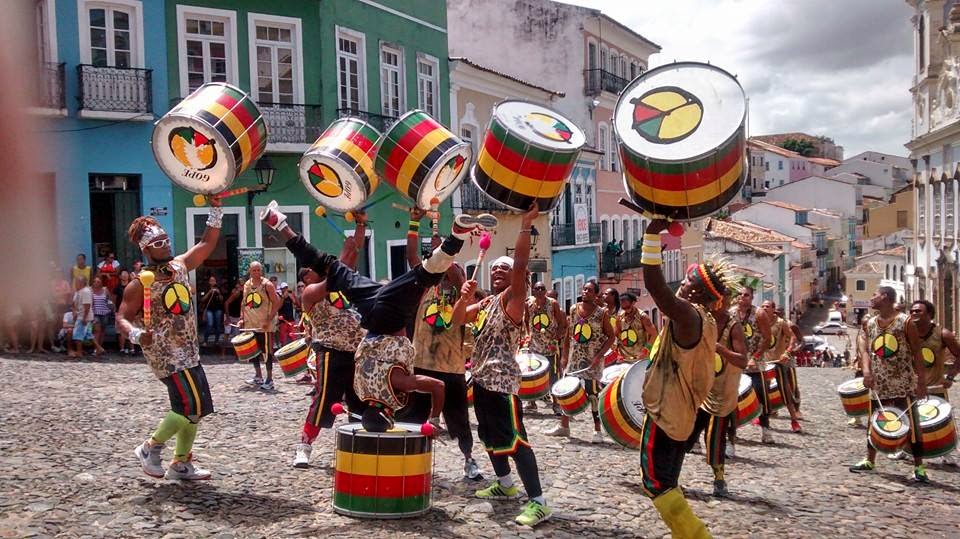 The instrumentation draws partially from the Samba tradition in Brazil, using the large Surdo drums for powerful bass and also the Repinique and Caixa (snare drum) for syncopated cross rhythms floating above the booming Surdos.  Also added has been the Timbau, a conical shaped hand drum that is played much like a Djembe in this ensemble setting. 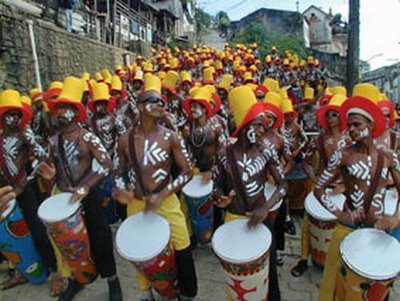 Three of the most prominent groups to check out are ILE AIYE, Olodum and Timbalada.  Each features these instruments in their own special mixture. One of the most common rhythms used by these groups is Samba Reggae. Some of the artists that inspired the Samba Reggae rhythm of the Blocos Afro movement were James Brown (Soul, Funk) and Bob Marley, Peter Tosh and Jimmy Cliff (Reggae).  These artists all emphasized a "back to African roots" message at one time or another in their musical careers, something the Blocos Afro groups took very much to heart. 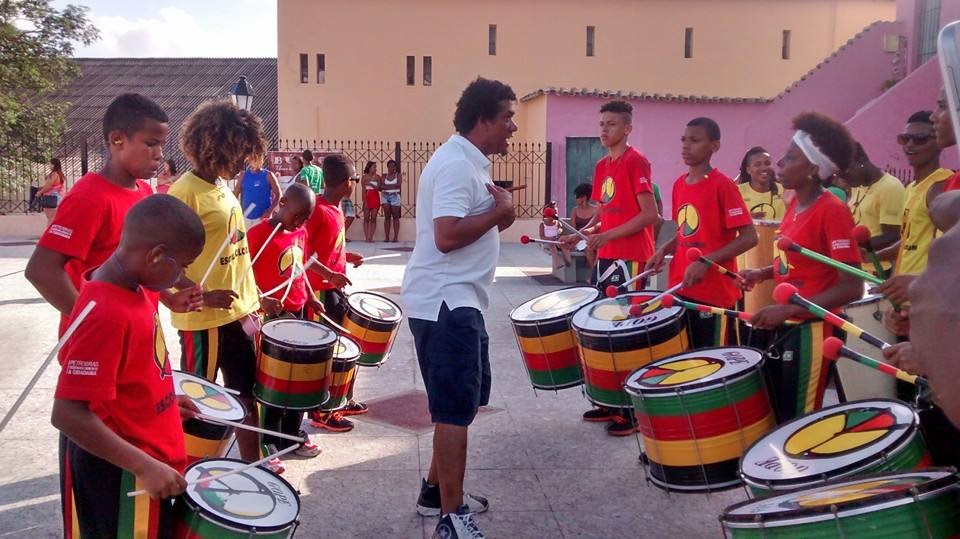 This is definitely a large ensemble rhythm, and typically in Bahia there would be at least 10 percussionists per part.  Try learning each instrument part separately and then begin layering them over the two lowest Surdos.  If you can get all the parts to groove together, the feel should be that of a heavy Reggae/Funk rhythm done exclusively on Afro-Brazilian drums.  Lastly, try to hit the break in unison and then land squarely back in the groove.  Another variation for the Repiniques and Caixas is to simply play on every up-beat in the style of a Reggae rhythm guitar 'skank' pattern. 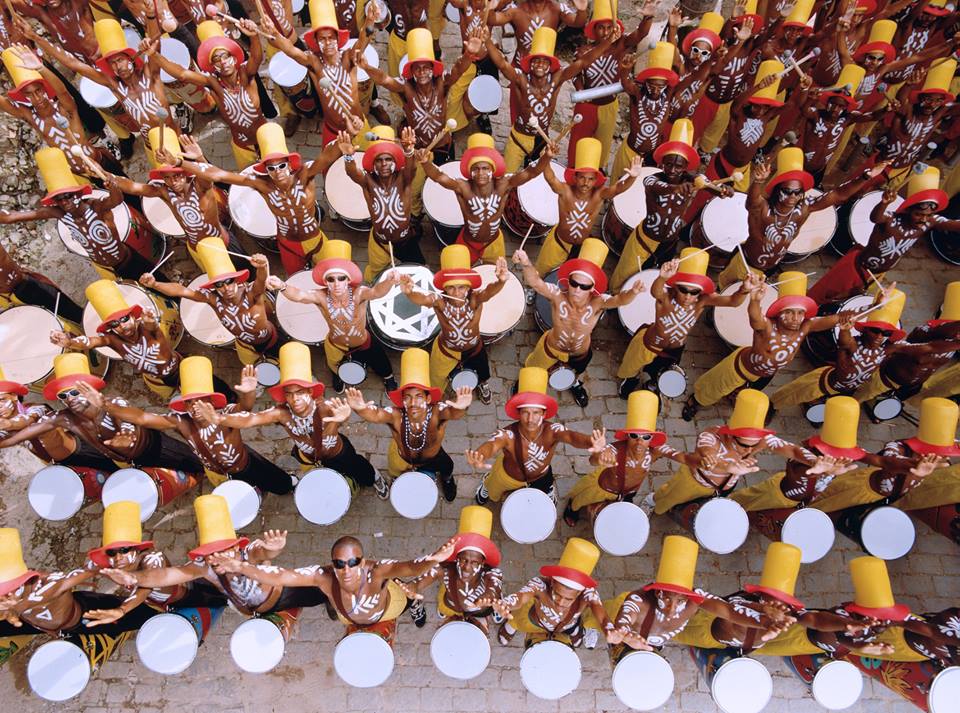 For a pdf transcription of a Samba Reggae arrangement, click here.